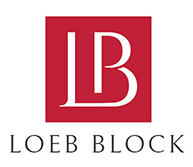 Many of our clients have made, or expressed interest in making, investments in cryptocurrency. The following provides a brief primer on the main U.S. federal tax issues that are likely to arise with respect to such investments.

This general overview should not be construed as legal, investment, or tax advice, and an investor is urged to consult with his or her own advisors with respect to legal, regulatory, financial, accounting and tax consequences associated with investments in cryptocurrency.

The U.S. federal implications of investing in cryptocurrency vary significantly depending on whether the investor is a U.S. person.[1] However, regardless of the investor’s tax residency, there are two overriding U.S. tax considerations. First, transactions in cryptocurrency remain subject to generally applicable federal tax rules. Thus, investors are still required to report and pay U.S. income tax on any (1) income they receive in the form of cryptocurrency and (2) gains from the sale of cryptocurrency in the same manner as if the transactions involved more traditional assets. Second, in Notice 2014-21, the IRS adopted the position that, for U.S. federal income tax purposes, cryptocurrency is treated as property rather than as a currency and, hence, U.S. tax principles regarding currency transactions should not apply.

Treating cryptocurrency as property can yield the unexpected result that a U.S. person who uses cryptocurrency to purchase property would be deemed to recognize income and subject to U.S. income tax.

Beginning with tax year 2019, Form 1040 (U.S. Individual Income Tax Return) asks U.S. citizens and residents to answer whether they received, sold, sent, exchanged, or otherwise acquired any financial interest in any cryptocurrency (referred to as “virtual currency” in the Form) at any time during the tax year.

In January 2021, the Financial Crimes Enforcement Network of the U.S. Department of Treasury (“FinCEN”) issued Notice 2020-2, which states that the agency is intending to subject cryptocurrencies held in overseas locations to the Foreign Bank and Financial Accounts Reporting (“FBAR”) regime.

A non-U.S. person generally is only subject to U.S. taxation on (1) U.S.-source fixed, determinable, annual, and periodical income (“FDAP Income”)[2]; or (2) income that is “effectively connected” to a U.S. trade or business (“ECI”).

Generally, gain or loss from the sale by a non-U.S. person of cryptocurrency that is held as an investment should not be considered FDAP Income or ECI and should not be subject to U.S. tax. However, U.S. members or owners of a non-U.S. entity may be subject to U.S. income tax if the entity is a passthrough entity or if certain U.S. anti-deferral rules apply. In addition certain individuals, such as students, who are physically present in the United States for 183 days or more but who are not considered tax residents may be subject to a flat 30% tax on capital gains from the sale of cryptocurrency to the extent they are deemed to have a “tax home” in the United States. Nonresidents who may fall within this category should consult with U.S. tax advisors before engaging in any transactions using cryptocurrency.

Trading in stock, securities, or commodities may constitute a trade or business for U.S. income tax purposes, and if those activities are carried on in the United States, they typically will generate ECI. There is a limited exception to ECI treatment for gains and losses that qualify for the trading safe harbor under Section 864(b)(2). Under that provision, foreign persons that trade in stock, securities, or commodities and certain derivatives in the United States for their own account (including trading through managers, fixed place of business, resident brokers or the like) should not be considered to be engaged in a U.S. trade or business.

Until further guidance is issued, non-U.S. persons who plan to trade cryptocurrencies for their own account should work carefully with U.S. tax advisors to structure any U.S. trading activities.

A non-U.S. person who receives, or is deemed to receive, ECI, is required to file a U.S income tax return (Form 1040NR in the case of nonresident individuals and Form 1120-F in case of foreign corporations).

The questions of whether cryptocurrency is tangible or intangible and U.S. situs or non-U.S. situs are currently unsettled and have not been directly addressed by any IRS guidance. While it would appear obvious that cryptocurrency should be considered intangible, some commentators have speculated that this may not be the case where the private key associated with the cryptocurrency is written down or stored on a hard drive. For similar reasons, there is concern that cryptocurrencies may be considered situated in the United States in situations where the key is written on a piece of paper or stored on a hard drive that is located in the United States. It should especially be noted that some U.S.-based cryptocurrency exchanges, such as Coinbase, maintain physical vaults of private keys and, thus, any cryptocurrency held on such an exchange would be at risk of being considered a U.S.-situs asset.

With the rapid increase in the prevalence of cryptocurrencies, the IRS will hopefully soon issue guidance clarifying the situs rules. In the meantime, non-U.S. persons should exercise care in how they structure their investments in cryptocurrency.

[2] FDAP income typically consists of dividends, interest, passive rents, passive royalties, and other passive investment income not derived in connection with a U.S. trade or business. It is subject to a 30% withholding tax (or lower treaty rate, if applicable).

[3] While the IRS has determined that cryptocurrency should be treated as property rather than as currency for U.S. federal tax purposes the same reasoning should apply by analogy.

Copyright 2021 | All rights reserved | another site by Conroy Creative Counsel